How are you? I can’t believe the last time I was in touch was in April this year. Time flies and all of us will have our own stories of how life has unfolded during that time. 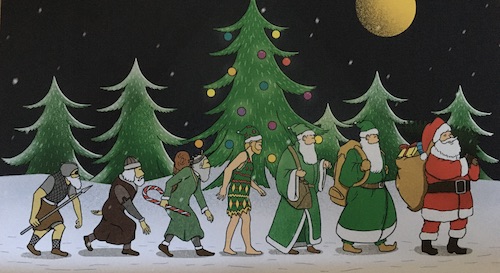 The reason for the gap in writing to you? Well there are a few and I’ll share them with you another time. This time I want to tell you about my friend Joan who died in June this year.

Now my ideas of what to write to you usually come from conversations with clients or friends, something I’ve read or a random thought out of the blue. This time it was different. I was in that dreamy morning state between sleep and being fully awake thinking of Joan and the words her grandson said at her funeral. They felt worthy of sharing with you.

I’ll back pedal here to let you know a bit more about Joan. Joan was one of my first clients when I started out in the world of personal training when it was in its infancy. We were both at new stages of our lives. Joan recently widowed and doing an Open University degree and me starting my own business.

Looking back I’m so happy and grateful I posted a leaflet through number 7 over 26 years ago. It was the beginning of knowing a remarkable lady and an incredible friendship.

From our first session something clicked between us. Maybe it was Joan’s enthusiasm, her enquiring mind wanting to know about the science behind the activities, her kindness or openness? It doesn’t matter really. We got on and that continued after she stopped seeing me professionally.

The fitness training sessions soon had a cuppa and conversation added at the end of them and became the norm. We found we shared a love of travel and people, talked about the pathways our lives had taken and discovered that we both had a sweet tooth. Very sweet.

Joan was always interesting and interested and time with her a joy. It also had its surprises. On a visit to London to see the studio I’d opened in Soho, we’d gone to a little Italian cafe I knew. I’d become a regular there and it was a comfortable relaxed place to sit and talk – along with desserts talking was another one of Joan’s and my favourite things! With dessert to be had Joan went to the counter and, to my surprise and despite knowing her for over ten years by then, started speaking Italian to the owner. She was an instant hit and he couldn’t do enough for her. I’m pretty certain it involved free cake.

Many people who met Joan felt the same. Whenever she went into her local ‘self service’ petrol station, the mechanics in the service garage would walk over to chat, fill her car up and check the type pressures! Joan had the ability of making people feel valued, cared for and noticed and her kindness and generosity was a thread that ran through everything she did.

Some of my fondest memories of Joan are the countryside walks that would invariably end with cake somewhere and where I found out as much about myself as I did about Joan. I will always hold them dear…and it is only with Joan that, as we ambled along a narrow country lane, a double deck bus appeared out of nowhere and the driver offered us a lift to save us walking. We took him up on his offer. Time with Joan flew by and I always left her company feeling empowered and loved.

After putting systems in place, such as having her groceries delivered and total self isolation for over a year to avoid the pandemic, in April this year Joan had a fall at home. One of her sons let me know. Fortunately, and unlike many others with restrictions in place to prevent the virus spreading, I visited Joan in her home and we shared our friendship with its easy conversation a couple more times before she died several weeks after her fall.

Her family asked me to speak at her funeral and share a part of Joan’s life they knew of though didn’t know much about. I’d become ‘Martin, the trainer’ and I was part of Joan’s life beyond her family and had only met one or two of them over the years. I felt humbled and privileged to talk about a lady who had made a difference to my life in so many wonderful ways. I know I am not alone.

At her funeral, as I started to speak and share my friendship of this remarkable lady, I struggled and couldn’t catch my breath. I paused and it took me several goes before the words flowed. There was so much I wanted to say.

When someone dies they aren’t lost. They are part of us and live on through us. An expression, a habit or a memory will come to mind, usually at the oddest of times. Joan gave me many of those along with some incredible snippets of wisdom that helped me and I’d like to think it was a mutual exchange.

After I sat down, one of Joan’s grandsons stood at the lectern. Along with Joan’s grandchildren’s memories of their grandmother, he told us of his grandmother’s unique gift for making each of them feel loved and worthy of being loved. How did she do it? He explained his grandmother had a simple technique and she had shared it with him.

And telling someone you love that you love them is for life and not just Christmas.

I wish you a Merry Christmas and a Happy and Healthy 2022.

Till the next time…

A Leap of Faith in Belfast