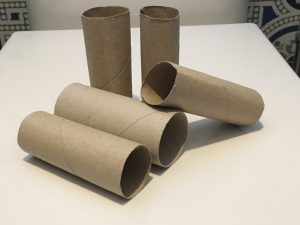 It’s easy to condemn the mad rush on toilet paper during Lockdown as being selfish, even plain stupid, and condemn those that went into a frenzy. After all the Covid-19 doesn’t even give you diarrhoea! It was never about the toilet paper.

When we are scared we react rather than respond. Reactions are immediate without any pause to consider options. They are driven by the beliefs, biases and fears of the unconscious mind and it’s why we defend reactions by saying “I wasn’t thinking”. You weren’t! Reactions are for survival and defending ourselves. In the moment they work. Later on, as we consider the alternative ways we could have acted, we can feel regret, even anger, at our behaviour.

Responses take more time and consider longer term consequences for both ourselves and others. They come from both the conscious and unconscious minds working together. Responses take into account our core values and, since they consider others, they are usually non threatening and are acted upon calmly – or at least less aggressively!

When we react we feel we are disempowered and have limited options about how we think, feel and act. Think of a dog feeling cornered and you get the idea. When we respond there is a sense of choice and control. These differences are reflected in our words, actions and how we feel.

Reactions mean fighting over toilet paper. Responding is standing back and realising that if toilet paper runs out there are alternatives and there are! In many countries toilet paper is seen as disgusting and bums get washed rather than wiped! A Spanish friend was surprised that even in Spain the same toilet paper buying madness seen here in the UK was happening because “all of us have bidets!”

It’s easy to decide those buying pack after pack of toilet paper are being silly and greedy from the distance of our home, office or car. When we’re not in that situation, and can take our time to consider the bigger picture, it’s easy to feel slightly morally superior, even more intelligent, believe we would act differently and not buy an extra pack…or two.

Would you though? If you’d be standing in the same shop and noticed the cans of tomatoes, packets of pasta or toilet paper packs flying off the shelves can you honestly say you’d have not bought even one extra can, or packet or pack? I’m not that certain I’d have stuck to my shopping list. And if you don’t think you would have added to your shopping basket then, I wonder if you went into the supermarket afterwards to see if you could buy toilet paper, or cans of tomatoes or pasta, when you had already enough at home?

Of course there are some people who are selfish because they live from a place of scarcity and fear. It’s their way of ‘being’. I’d like to believe they are a minority and that there are others that are sitting looking at their toilet roll mountain, pyramid of tinned tomatoes or wobbly stack of pasta packets feeling guilty, selfish and a little bit silly.

We all think, feel and act differently when we are not a situation than when we are actually in it. The post football match analysis where the pundits share the shortcomings of a team’s manager when they weren’t on the pitch; the politicians who can’t organise the simplest task are condemned from the comfort of our favourite comfy chair in the living room – would you really want to be a politician now?; or the newspaper columnist at his desk who berates the decision of a judge in a court room.

This alignment process begins with paying attention to your actions and words and how they make you feel. When you become aware of yourself starting to react, pause and take a breath. This ‘breathing space’ gives you the opportunity to step back, notice what is going on and change direction rather than heading on blindly. It takes practice and time and it’s worth it in the end. Life becomes calmer, less exhausting and feels more empowering than scary.

We crave certainty and control to soothe those fearful feelings. We jump into the flight, fight, fawn or freeze mode to survive. We react.

Excessive aggressive toilet paper buying may not sit comfortably with our sense of ‘the greater good’. Maybe though we can be slightly kinder when we understand why it’s not just about the toilet paper?

I’ll be back soon. In the meantime, look after yourself and start a news diet.

Stop Blaming the Pandemic or Yourself!

New Eyes in a Sad Thailand